Masonry materials expand and contract due to changes in moisture levels during wet weather (reversible moisture movement). Clay bricks rarely exhibit movements in excess of 1mm per 10 metres of walling.

Because concrete is more porous, cement bricks exhibit reversible expansion and contraction in the range of 3-6mm per 10m of walling.

Clay bricks have a once off, permanent expansion after manufacture due to the firing process that extracts all moisture from the brick. This expansion is between 0 and 0.2%.

The bulk of a clay brick’s expansion takes place in the first six months after manufacture and is typically accommodated during construction with vertical movement joints.

The examples below indicate an inadequate allowance for irreversible moisture expansion, resulting in cracking/chipping of bricks, warpage in the wall and the delamination of plaster. 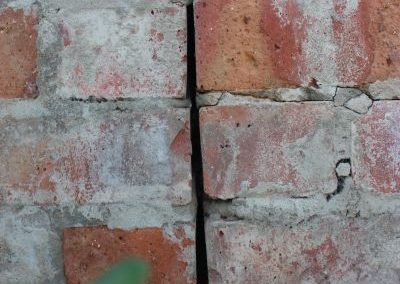 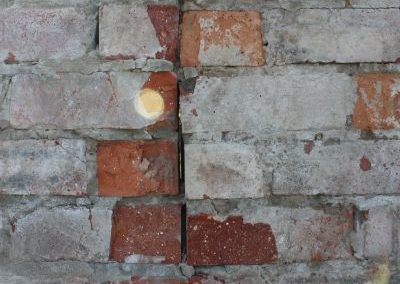 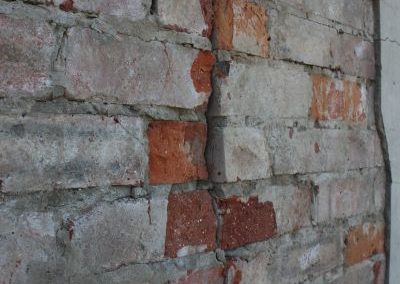 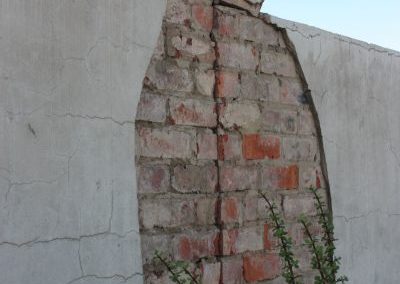